Systems to grow plants and bake bread in space are among the winning submissions of NASA’s Deep Space Food Challenge, announced in late October. Teams of inventors brainstormed solutions to help astronauts consume a diet of nutrient-rich foods as efficiently as possible — this meant maximizing nutrition and taste while minimizing resources and waste. During longer space missions in the future, there will be a higher demand for self-sustaining food systems that don’t rely on resupplies from Earth.

“Having a variety of food is something that a lot of people can relate to because we all eat, right?” said Monsi Roman, NASA’s Centennial Challenges program manager. “Inviting the public brings a different perspective on a problem that we might have not looked at in the past.”

“It’s probably no secret to all of you that good food, good living and good nutrition is very, very important to me,” Stewart said. “With that comes the possibility of good food for those long space journeys.”

‘Kitchen on the moon’ 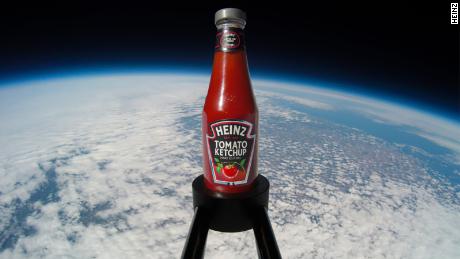 This challenge considers factors of nutritional value, taste and sustainability. Astronauts’ diets usually consist of prepackaged food, which can lose nutrients on longer missions. Space explorers also have less flexibility in catering their diet to individual preferences, and their sense of taste can change in space. These innovative solutions give astronauts some variety and the option to produce their own food during years-long missions.

Roman said the future of this challenge could answer what a “living pantry” and kitchen in space looks like. (No, this kitchen probably won’t include a dishwasher, she said.)

“Now we have an idea of what kind of technology we might be looking at for that Moon or Mars kitchen,” Roman said.

The submissions were geared toward space, but the concepts can also address issues of food insecurity and sustainability on Earth. These solutions can apply to urban agriculture and food production in harsh environments on Earth, where fresh food is not as accessible.

“Solutions from this challenge could enable new avenues for worldwide food production in resource-scarce regions and locations where disasters disrupt critical infrastructure,” challenge judge Robyn Gatens said in a news release. Gatens is the director of the International Space Station Program at NASA. 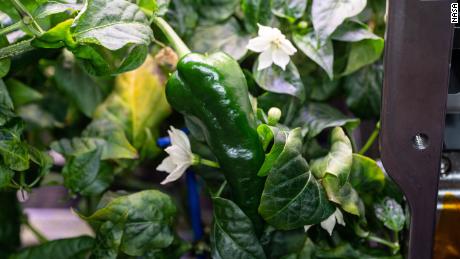 The NASA Deep Space Food Challenge launched in January, in partnership with the Canadian Space Agency and Methuselah Foundation. The competition is a part of NASA’s Centennial Challenges Program, which offers the public incentives to submit ideas for various initiatives, such as designing a home on Mars.

The rules for Phase I of this competition were broad — Roman said this was the “dreaming part” of the competition. Submissions were divided into categories of manufactured foods, plant growth and bio culture, with 18 winning US teams receiving $25,000 each. NASA has not approved Phase II yet, so there are no plans in place for when these systems will be developed or enter space.