We may earn a commission if you make a purchase from the links on this page. 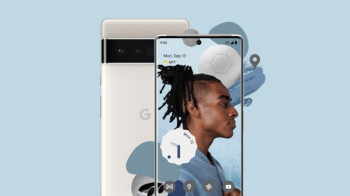 One of the new AI features that you’ll find on the Google Pixel 6 and Pixel 6 Pro is the Magic Eraser. This won’t clean the muck and grime off of your stove the way Mr. Clean’s Magic Eraser does, but it will remove unwanted people from your photos. Unless the update to version 5.67 of the Google Photos app somehow removed Magic Eraser from your Pixel 6 series model.

That is what happened to several Pixel 6 and Pixel 6 Pro users who complained about the issue on Reddit. A Redditor with the name JaspahX wrote, “Anyone else have Magic Eraser at some point only for it to go missing later? I definitely played with it before a few days ago, but I just opened a photo to try to remove some background objects and it’s gone. If I open any photo for editing the “Tools” menu never appears. Tried uninstalling updates for the Camera and Photos app and reinstalling them no dice. Rebooted the phone – nothing either.”
One Reddit user summed up the problem in one sentence: “Ahh it seems that you may have magically erased the magic eraser.” It appears though that magic is not the issue. Apparently, a version of the Photo app with support for the Magic Eraser umm, erased was available from the Google Play Store. The good news is that Google says that a fix is on the way.
Talking to The Verge, Google spokesman Alex Moriconi said that the search giant “identified an issue early in the rollout of [its] latest Photos update and are providing a fix shortly.” Not everyone with a new Pixel 6 series model was affected and some of those lucky enough not to receive the bug didn’t receive version 5.67 of Google Photos.

Time to order your new Pixel 6 or Pixel 6 Pro

Since it appears that the previous update to Google Photos is the culprit, keep on the lookout for an update to the app. We wouldn’t expect it to be too long in coming considering that the Magic Eraser is one of the most promoted new features on the Pixel 6 and Pixel 6 Pro. Features like this, which rely on Machine Learning and AI, depend on the new Google Tensor chipset.
Other such features include Face Unblur (which does exactly what its name suggests), Motion Mode (which adds a blur to the background of a photo to suggest motion), Speech enhancement mode for videos, and more. None of these were affected by the update to the Google Photo app.

Subscribers to the Google Pixel sub-Reddit figured out the problem with one user named atomxv stating that with everyone writing about the disappearance of the Magic Eraser feature, he “just came to post the same thing. mine is gone too. Google Photos updated today, so I assume that is the issue and I need to wait for Google to fix it. Great job photos team!”

Google needs to send out software updates to fix issues with a flickering screen, and to exterminate several bugs related to the in-display fingerprint scanner. As far as the latter is concerned, several users complain that the fingerprint scanner is lagging, unlocking the phone using prints that aren’t valid, and won’t turn back on once the battery is drained and replenished.

The annoying part about that latter complaint is that the only thing that can turn the fingerprint scanner back on is a factory reset, the scariest two words in the world of smartphone ownership! Those who don’t want to go through a factory reset might as well wait for an update from Google to see if that issue can also be fixed with a software update.